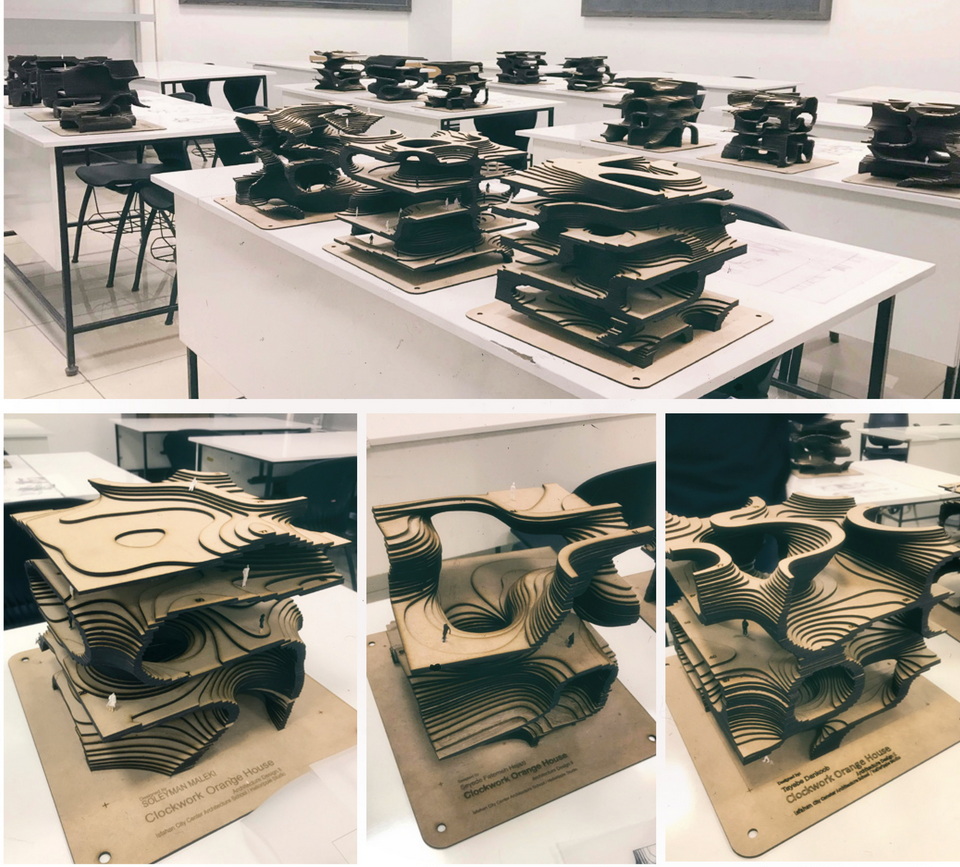 The studio was a collection of experimental projects in the first weeks of the University of Architecture semester, in which the critique of modern-day living spaces challenges the intertwining of two completely isolated neighborhood spaces. “By distancing themselves from the safe margin and by redefining the living spaces and neighborhoods from which identity of living is always affected, complex energy levels are formed that while being entangled and distinct from each other. In such spatial structures, which have a critical look at the definition of home and privacy in modernity, the concept of co-existence and privacy has been transformed by separating two interconnected networks. New borders have been formed, and the wall is no longer a simple cutting object to define these borders. “As if it were endless, you will find yourself tied to a labyrinth, the logical connection within which has brought you to these levels.” People will find themselves tied up in an endless labyrinth, with a logical connection within these spaces. Clockwork orange house projects have challenged the intertwining of two completely isolated neighborhoods in modern living spaces.

Imagine a city with two groups of people, a group of family lovers and the other groups of black-hat people who try to torcher the other group just as fun. from a chronological standpoint, the definition of the house has been turning from a unit with the most barrier guarded private space into a less guarded space with minimal security in a glance. Imagine