Muq is an toolbox to create, modify, and decompose Muqarnas geometries. The Muqarnas is a precious inheritance from Islamic Architecture made of small individual pieces created on the ground before being fixed on the structure, which uses contour lines on the existing structure. The small modules are assembled on different layers to create a Quasi-organic geometry. This complex geometry is rooted in mathematics and art. There are several styles of Muqarnas derived from the evolution of original Muqarnas.

MUQ is a plugin for grasshopper which implements non-module-based algorithms to create Muqarnas out of three-dimensional points and connect topology between them. This method allows designers to pull paneling patches out of Muqarnas for fabricating sections. Several computational-oriented approaches have been made so far in the field of muqarnas. Still, all were based on the modules that forced designers to implement different algorithms for different muqarnas. The algorithms behind MUQ overcome this barrier by focusing on ‘Graph theory’ and topologically-based concepts in design. MuQ is offering four methods to create muqarnas:

However, no matter the designer chooses whichever method, the result will be the same MUQ object. As a MuQ object got provided, it is possible to extract many kinds of data. MuQ extractable data comprises analytic, geometric, mathematical, structural, topological, and manufacturing data. MUQ ensures to handle all possible known and unknown forms of muqarnas, with that it is promising to reach a new paradigm of muqarnas database we had not to exist before. 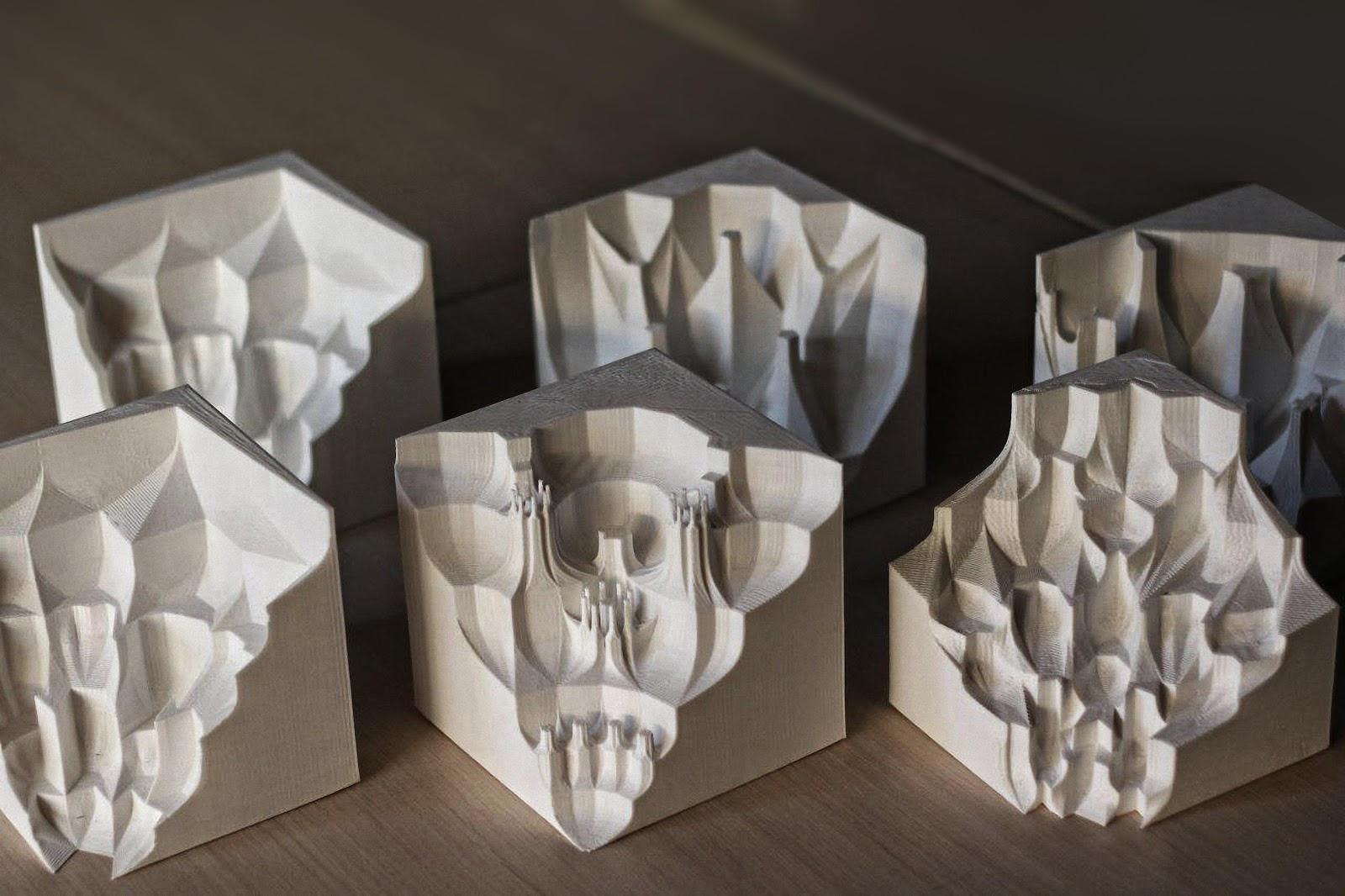 With such a topological approach and using its derived apparatus, it is promising to design all possible regular and non-regular forms of Muqarnas. With this design tool, It’s really easy to alter any part of a designed muqarnas and get the result immediately. With this design tool, named MUQ, it is possible to create Muqarnas from three-dimensional points and the topology defined between them by extracting patches from the Muqarnas; It can also generate unrolled elements to fabricate one of the most complex geometries. The input data is scribble-based derived from the uncertainty thinking type of architecture. It has been established as a GH-plugin embedding digital methods into the design process which has several techniques exploring the spatial structure and geometrical condition leading to the emergence of Muqarnas components. Each component is an apparatus that provides an architectural solution enriched with data derived from the topology of Muqarnas to investigate contemporary feasibilities. Topological Thinking will open up the gateways granting uncertainty to inspire through designing of Muqarnas. Since the kernel of the project supports several methods to create a muqarnas different approaches the project can involve a vast range of users also for the ones who want to develop different kinds of similar geometries which even may not be called Muqarnas. MuQ is offering three methods to create muqarnas thus far; however, no matter of using whatever method, all are leading to the same class which provides many utilities. In the other words, as we have a MuQ object we can extract many kinds of data from it comprising analytic, geometric, mathematical, structural, topological, and manufacturing data. and since it ensures to handle all possible known and unknown forms of muqarnas, with MuQ it is promising to reach a new paradigm of muqarnas database we had not to exist before. 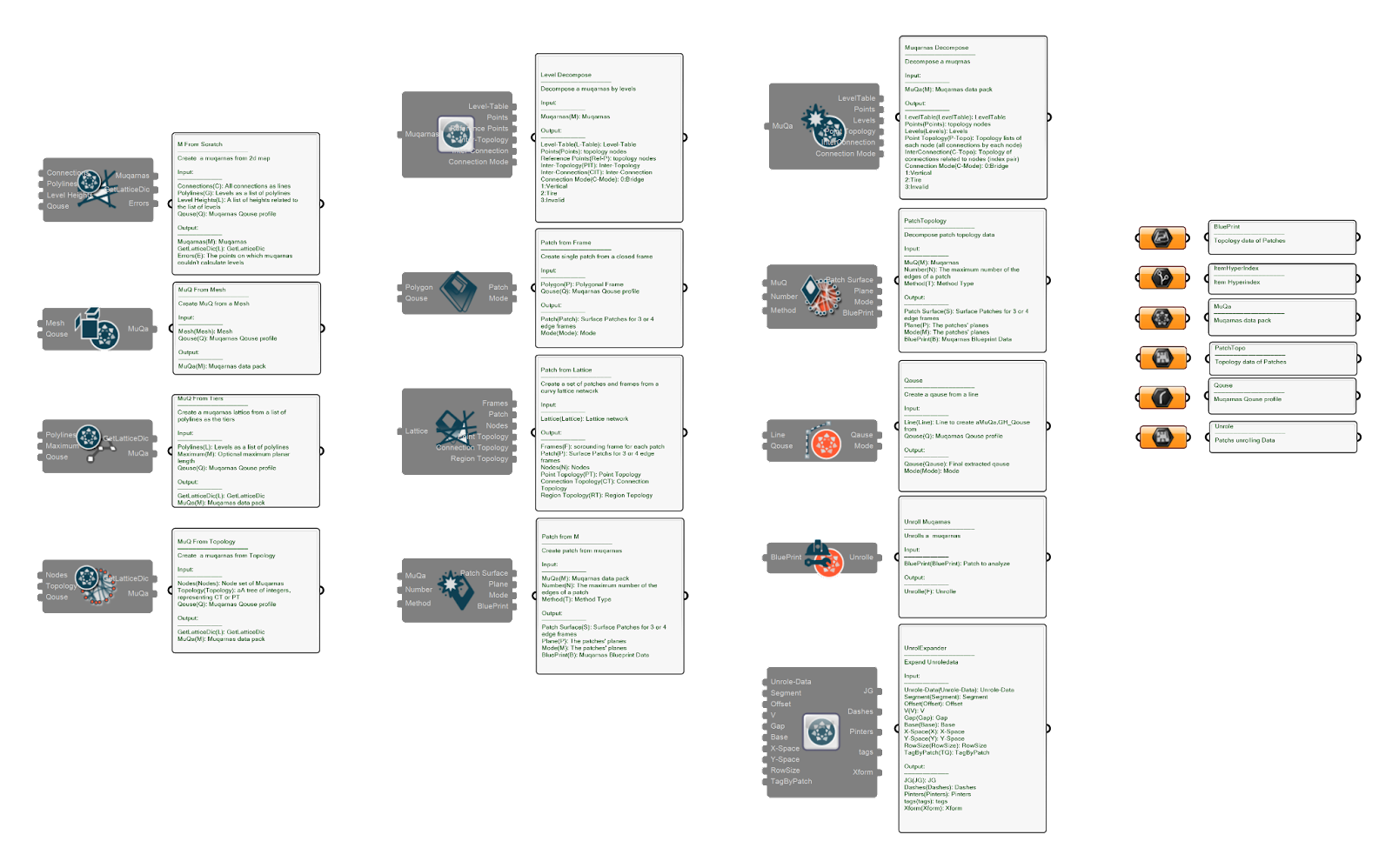