All the directions in the context have led the project to make a central integrated form controlled by the combination of masses and voids based on: 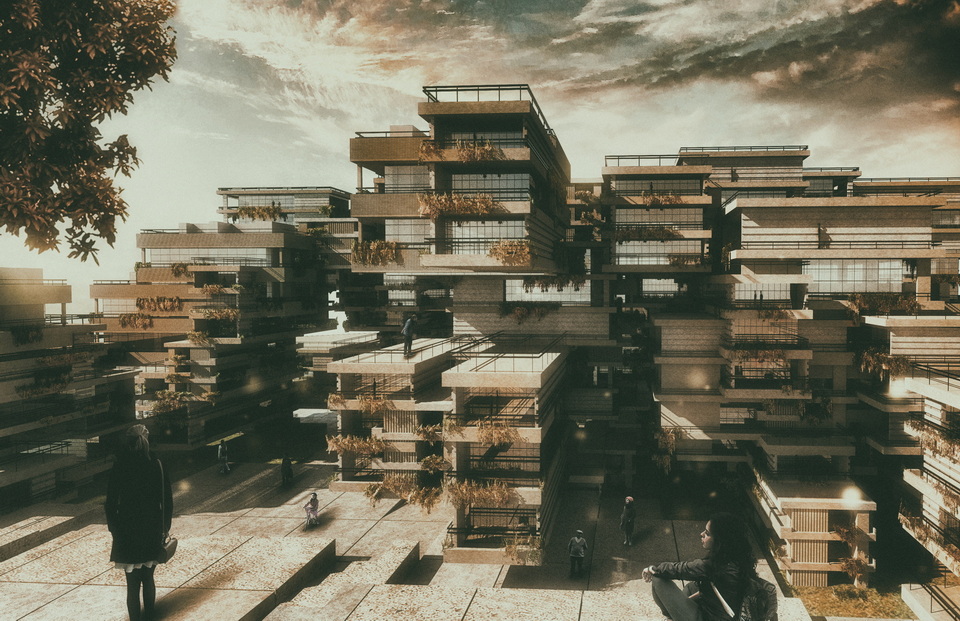 All the parameters were optimized with algorithms. Detailing development is also affected by two simple narrow stripes on top of each other generated and changed based on the parameters of length, footprint and total area sizes, orientation, and the number of required floors. Mass body arrangement is controlled by the limits of the units’ integrity and privacy.

The project proposed a residential complex with 724 residential units in Esfahan / District 13.

The project is held within different concepts and main analysis direction. 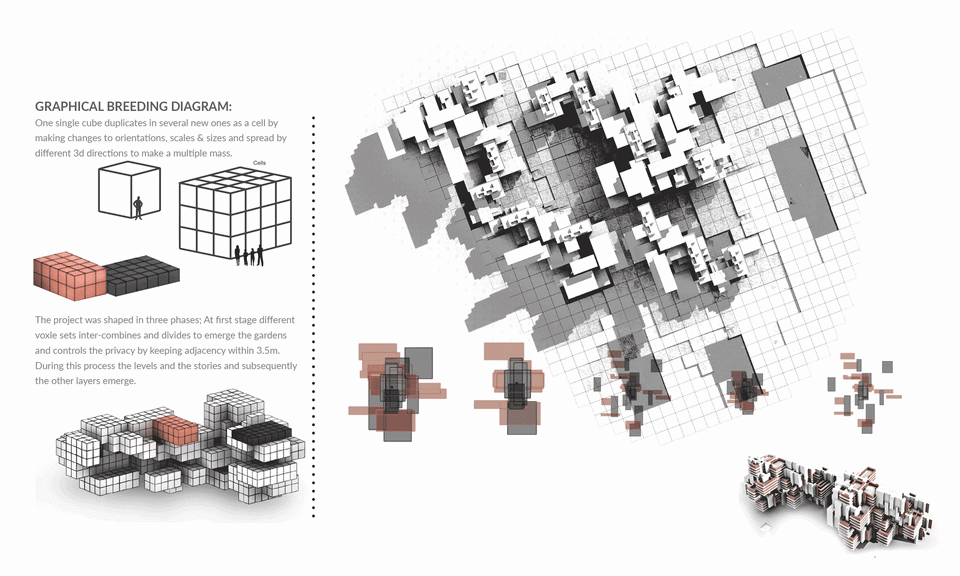 Conservation of the site environment by the core direction within this site and the importance of the site’s adjacency needs led the project to be continued by making a breeding cell that spreads by a simple logic in itself and the places as unit forms. All this spreading and breeding logic is based on the site circulation, the mass and spaces combination, site slope and nature, integrity, and also nature of the site.

One single cube duplicates into several new ones as a cell by changing orientations, scales and sizes and spreading by different 3d directions to create a body with multiple masses. 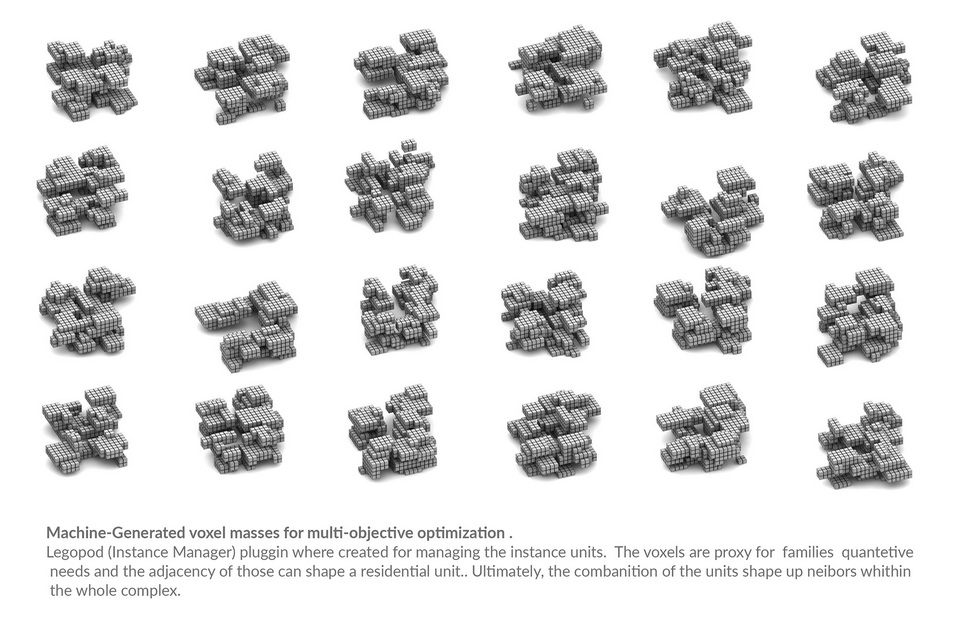 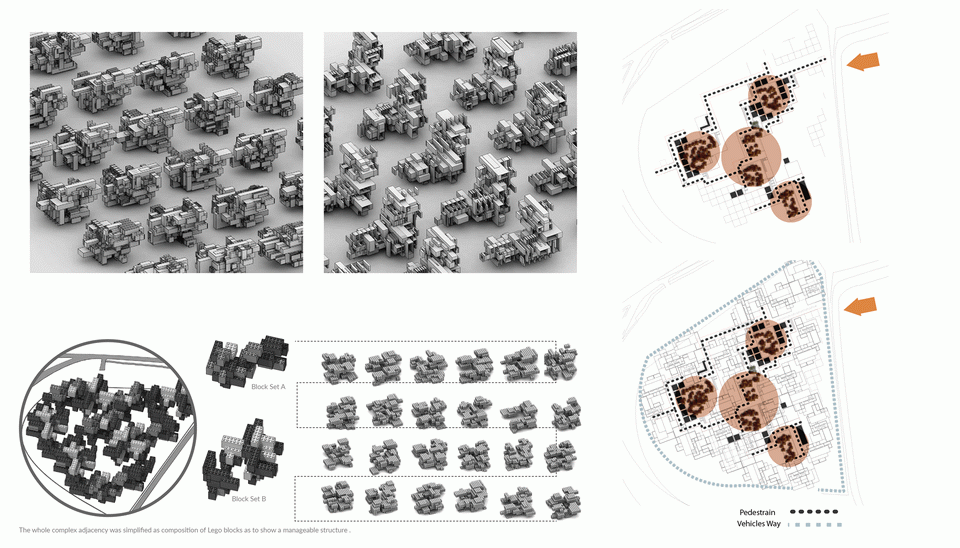 A primary mutation and speciation produce multiple masses to a single scope based on size, scale, logical congestion, and spreading parameters.

A single scope based on Humanscale transforms into different cells by speciation and mutation in order to make a family of boxes. Boxes move together according to different 3d directions and produce integrated scopes.

Logical selection between the models:

The primary model is selected based on the logic of simplicity, which led the project to continue with a basic scope and the optimization of the project’s functions. 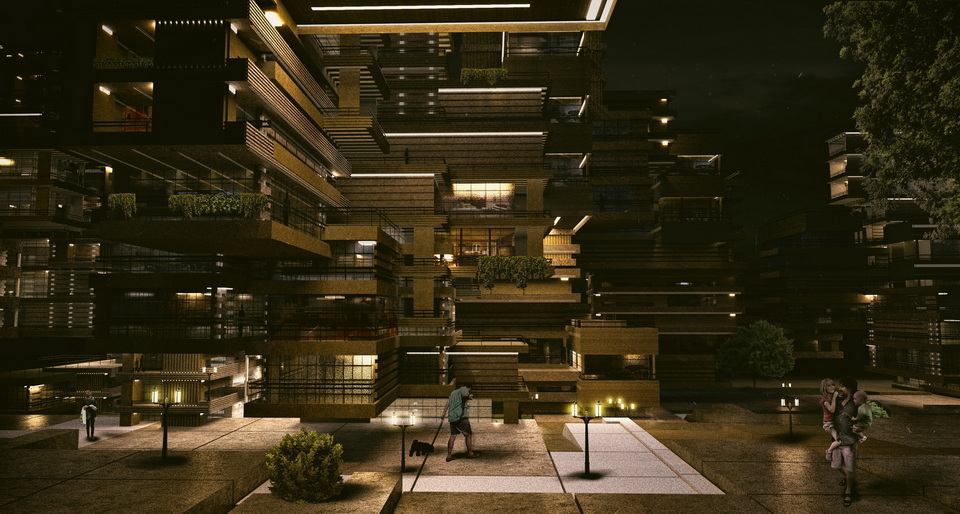 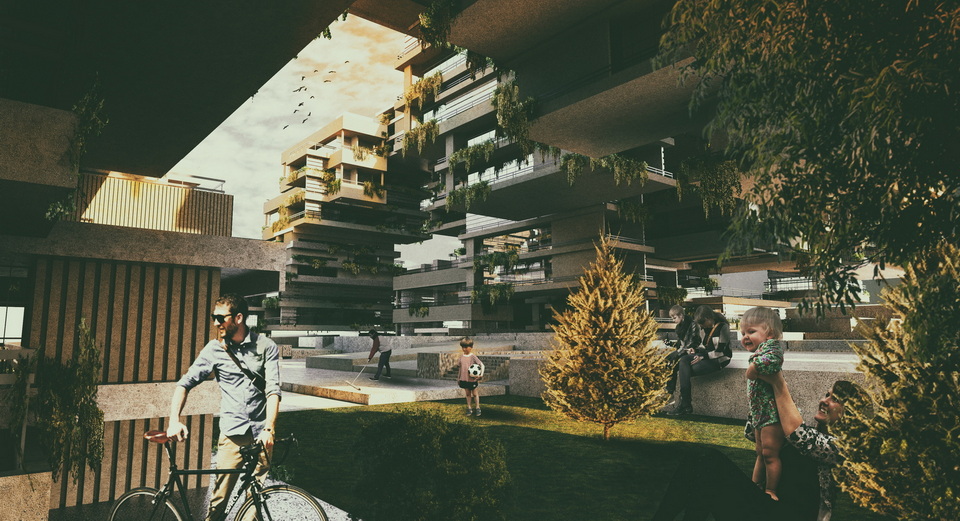 Site circulation leads the cars to the side and puts the pedestrian walkways in the middle, access to the required environment, and central utilities.

The other alternative had a different concept that follows nature-inspired curvy shapes reclining alongside the organic curves of the context.

We needed to implement genetic algorithm for gathering a collection of proper items to choose from. Each item represents all the features and parameters comparable with the other items. the features comprises: [Length , Footprint Area, Total Area, Rotation, Initial Trim, Max/Min Floors Number] 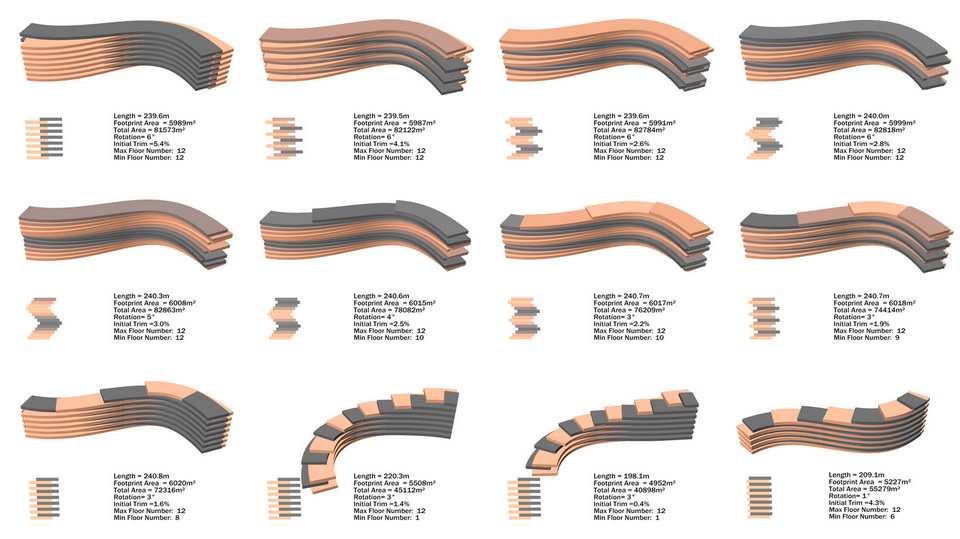