‘This is what happens when the image becomes time-image…The screen itself is the cerebral membrane where immediate confrontations occur between the past and the future, the inside and the outside, at a distance impossible to determine, independent of any fixed point. The image no longer has space and movement as its primary characteristics but topology and time.’ (Deleuze) 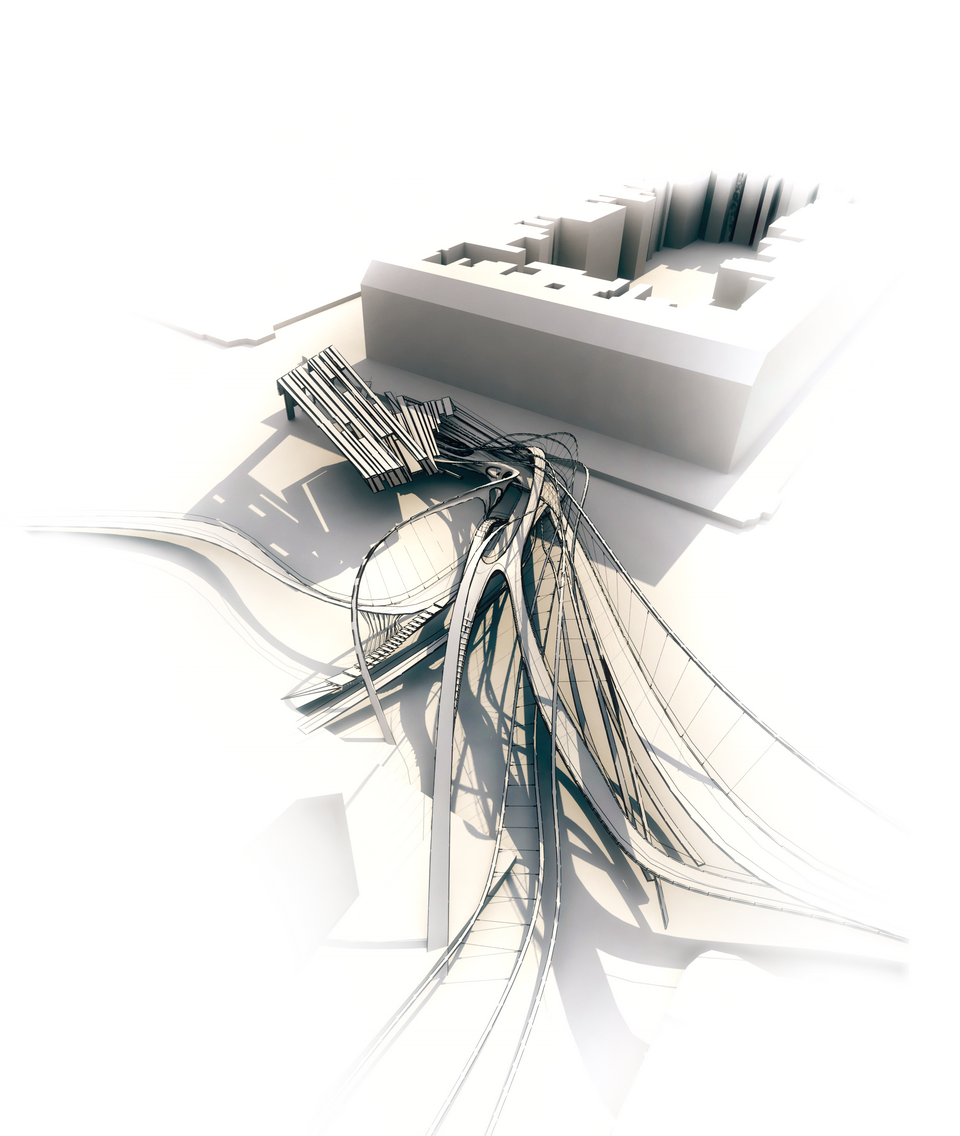 The bridge is a structure built to span physical obstacles such as a body of water to provide passage over the obstacle. It is designed for pedestrians and cyclists rather than vehicular traffic. Footbridges complement the landscape and can be used decoratively to visually link two distinct areas or to signal a transaction. Footbridges can be both functional and beautiful works of art and sculpture in their own right as seen in some of the most visited countries around the world. 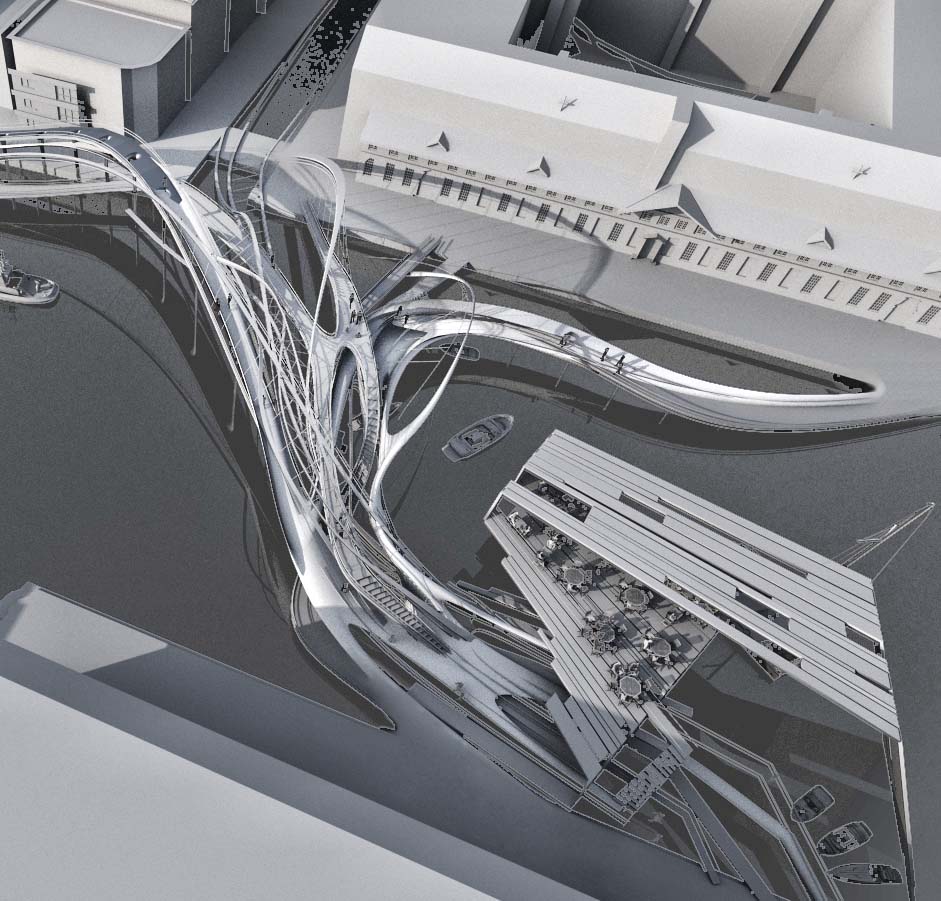 This international competition aims to design an Iconic Pedestrian Bridge in the Heart of Amsterdam. The architecture of this new structure should reflect contemporary design tendencies. 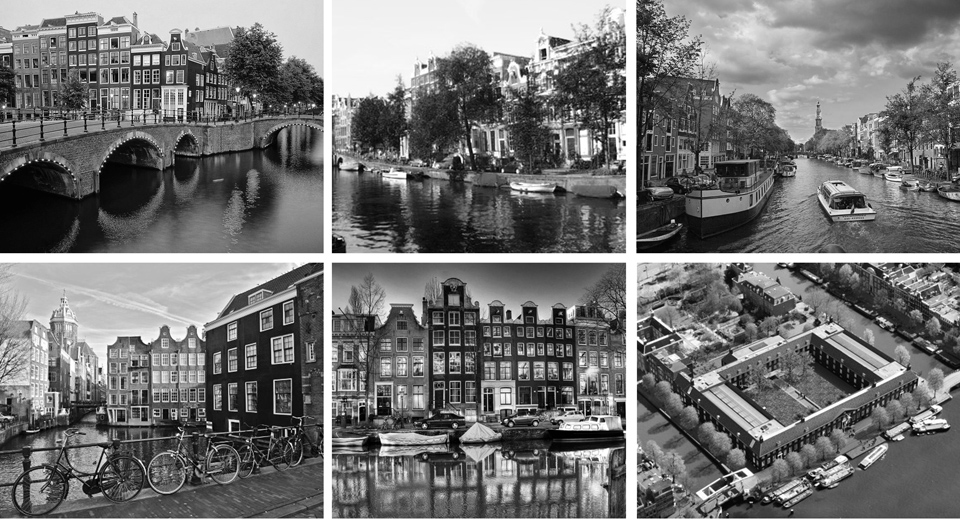 The proposal had to attend to the specific function, and the design should also consider the urban insertion and impact geared towards creating a new architectural symbol for an European capital city. This competition hopes to achieve the following: 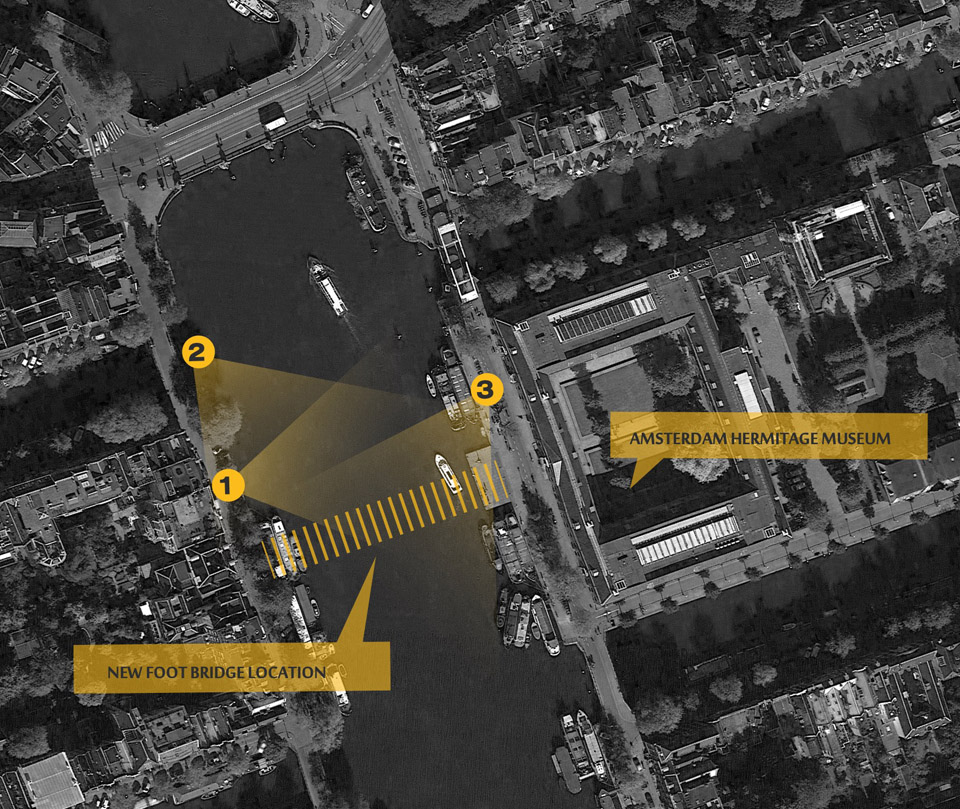 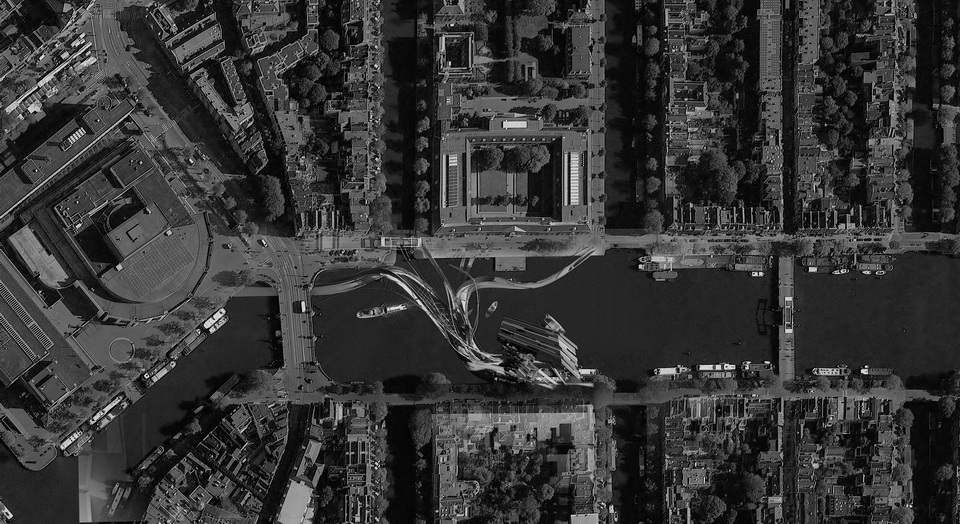 The new Pedestrian Bridge will be located on Amstel 51 in the front of the Hermitage Amsterdam Museum on the east bank of the Amstel river. The Museum is a classical style building dating from 1681 and is currently the largest dependency of the Hermitage Museum with a total area of around 13,000 square meters. The new 90m footbridge will serve existing communities, visitor, ande neighborhoodt. The structure will form a new gateway to the Hermitage Amsterdam Museum and will create direct access from the East bank of the Amstel canal.

The existing barge for boats on the front of each side of the river bank is omitted indicating that the site is clear. The following spaces should be included in the design program: Pedestrian bridge: a 90m long by 4m wide minimum footbridge connecting the east to west bank of the Amstel river on the axis of the Hermitage Amsterdam Museum. 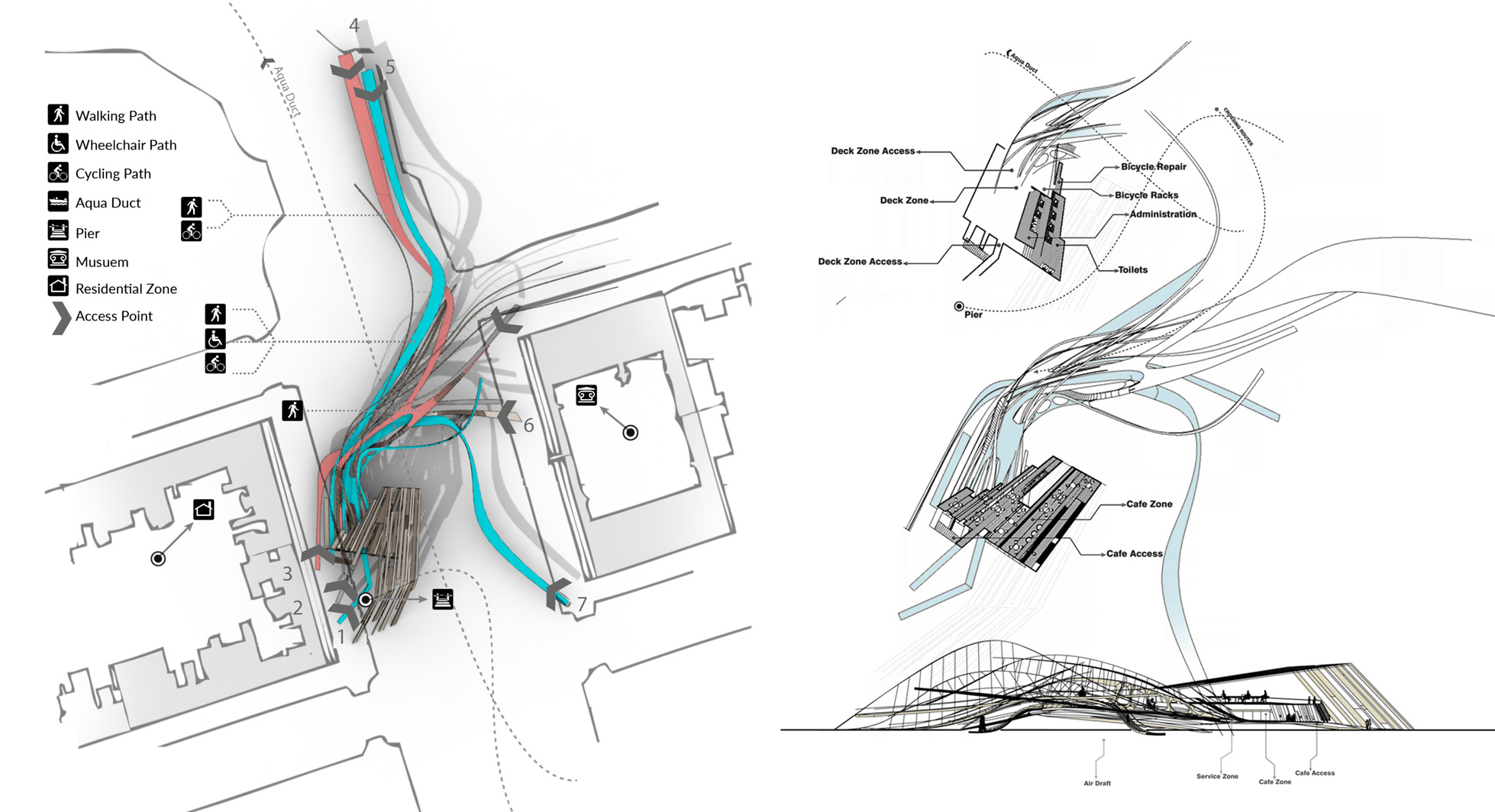 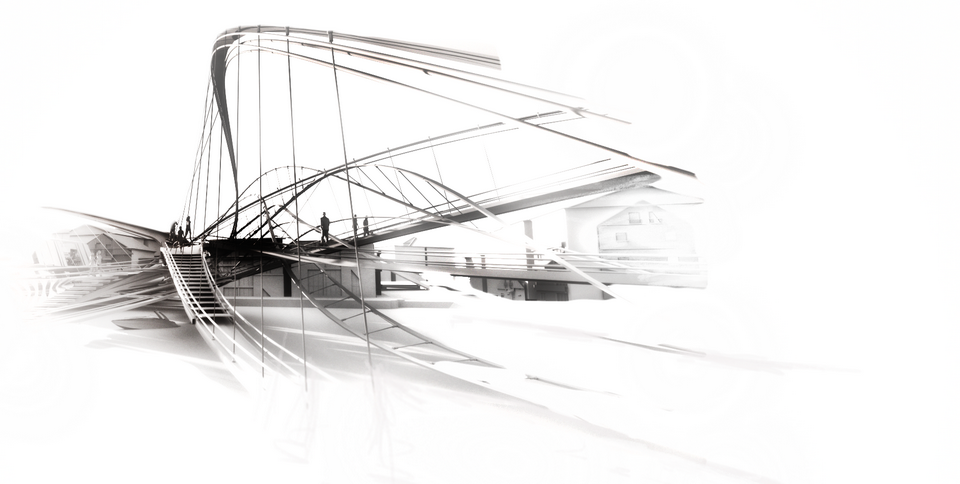 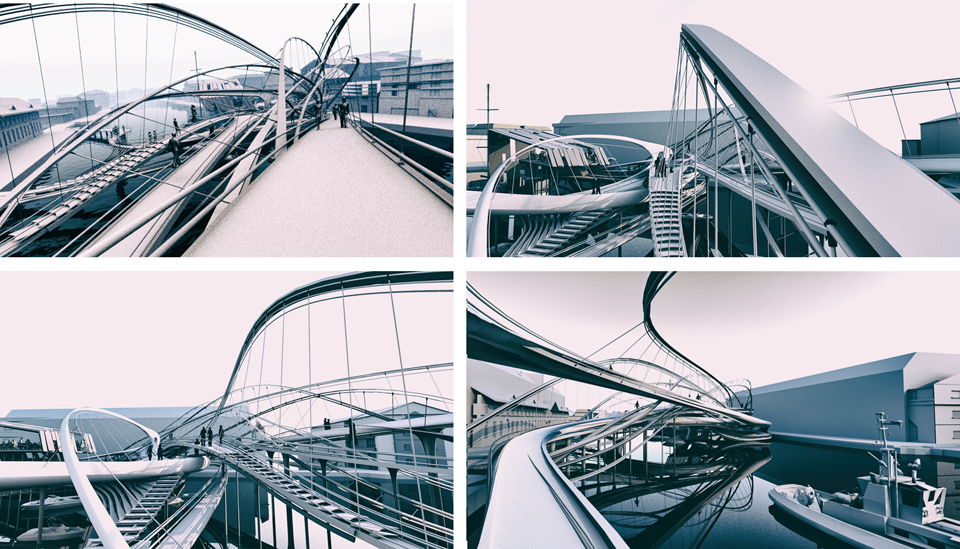 The spiral movement of the woven fabric of the society twists in itself and reflects on itself its past and its present coalesce, then it opens up to the outside; at the turning point the museum is revealed and the best view is achieved here by a rotation of roughly 20 degrees.

“..here immediate and direct confrontations take place between the past and the future, the inside and the outside, at a distance impossible to determine, independent of any fixed point. The image no longer has space and movement as its primary characteristics but topology and time.” (Deleuze) 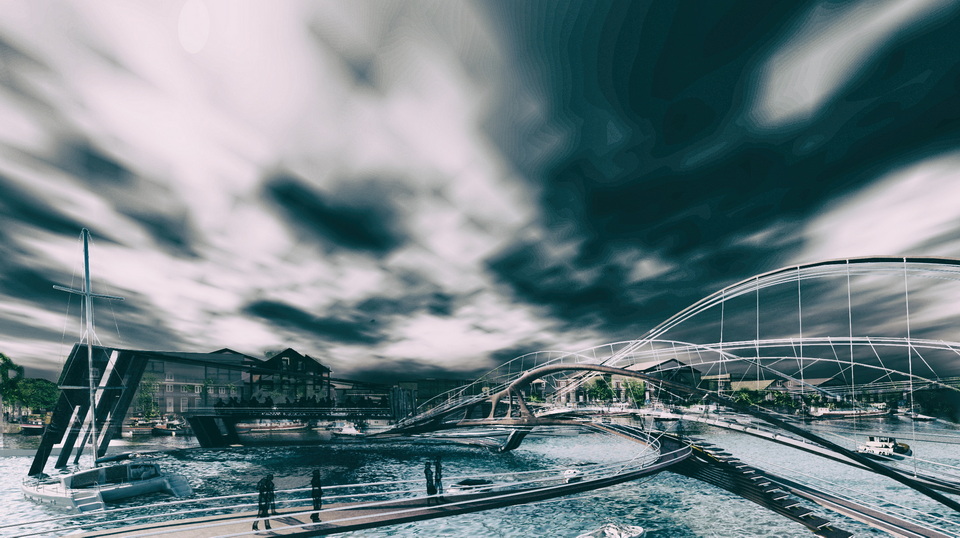