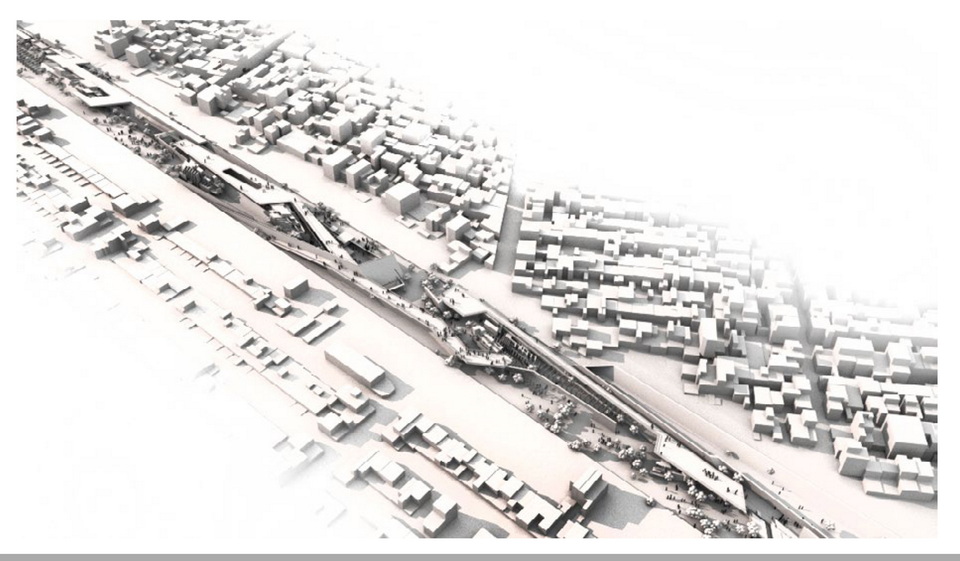 The Municipality of Tehran disregarded the Nelix (Lotus Route) project. This project, defined by Parsboom, was one the most challenging projects they had faced ever. The background story was that the former government had invested the urban budget in one of the most controversial urban projects in Tehran, and that was moving the southern railway and the related station underground and cleaning up the top ground from it. Nevertheless, there was no plan for utilizing this evacuated ground and no program or functionality to attribute to that. The demand was an urban design for this empty, abruptly emerged landscape.

The most challenging part of this project that prevented many urban design firms and consultants from involving or extending their design was its unusual proportion of an average of 60 meters by 9 kilometers that was complicated to manipulate. 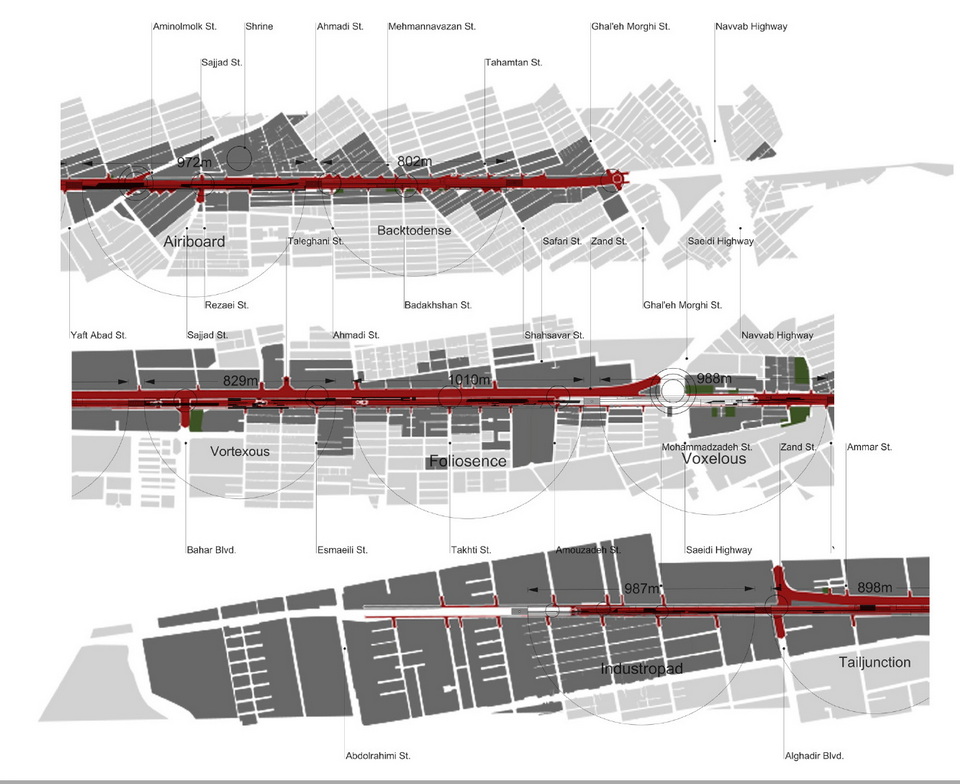 The main problem was that zooming in on the project caused missing the structure and links between the sections, while zooming out caused missing almost all details. On the other hand, there was no clear doctrine for designing such a controversial project. 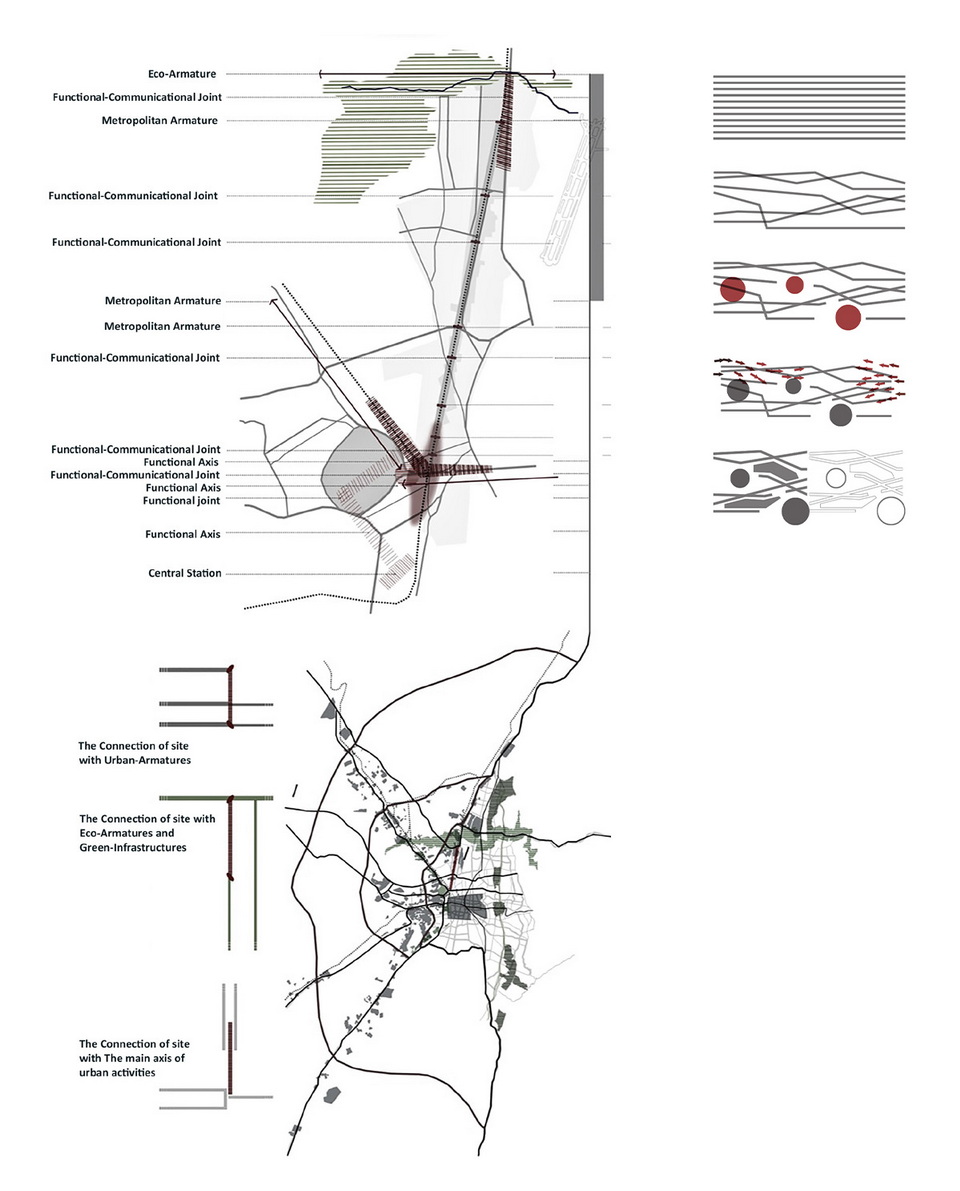 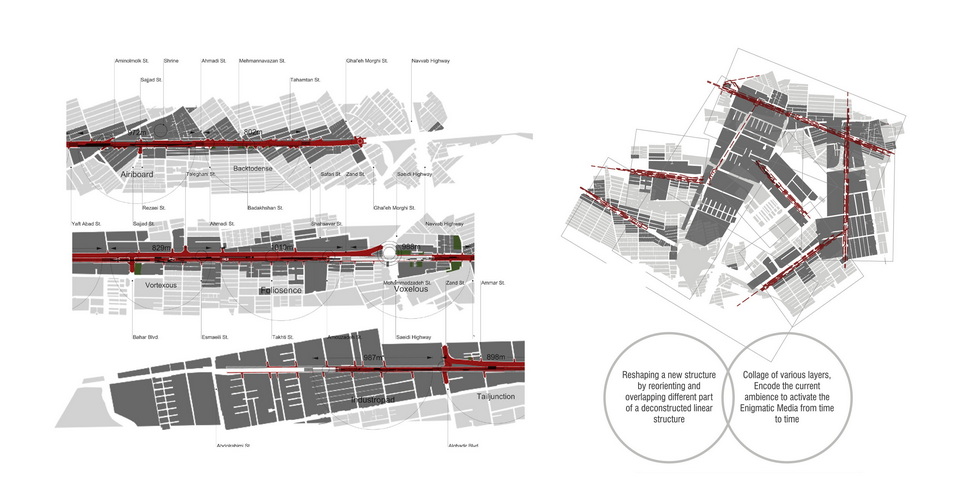 In New Urbanism, streets are safe and comfortable. Exciting places for people to walk and meet. In this regard, more sidewalks than parking lots, more buildings of all styles and functions concerning their context. Becomes the focal point. Streets can accommodate cars while providing comfort for pedestrians, cyclists, and wheelchair users. 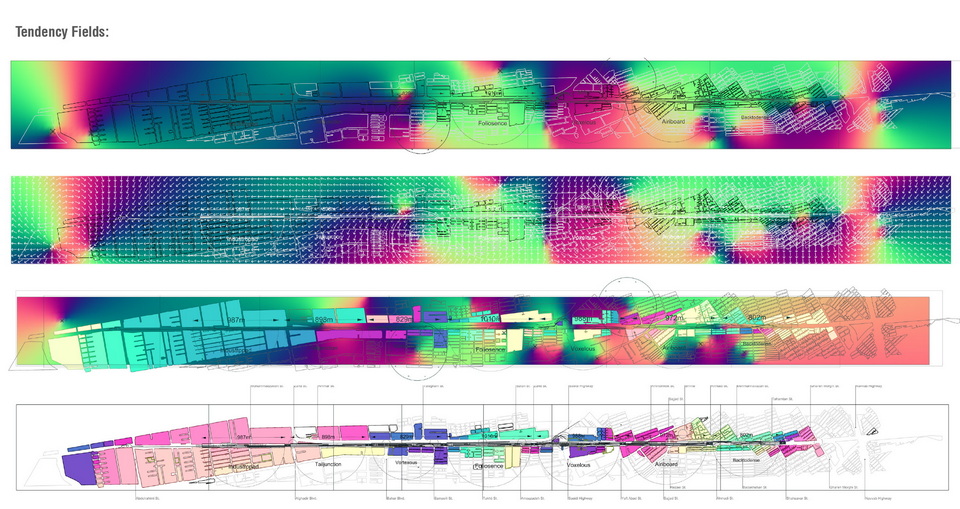 The urban design forms public space in a sense, “informing” it so that it also instructs - it educates and empowers. Rituals form a crucial part of social interactions. In other words. Rituals require communal participation and appropriate spaces in which they can be performed. Rituals can ﬁt into two categories, static or dynamic, and accordingly shape the urban form around them. This process unfolds through programming that takes place in these spaces involving recreation. art. civic participation, and commerce, where all engage in mobile or temporary rituals to activate public space. 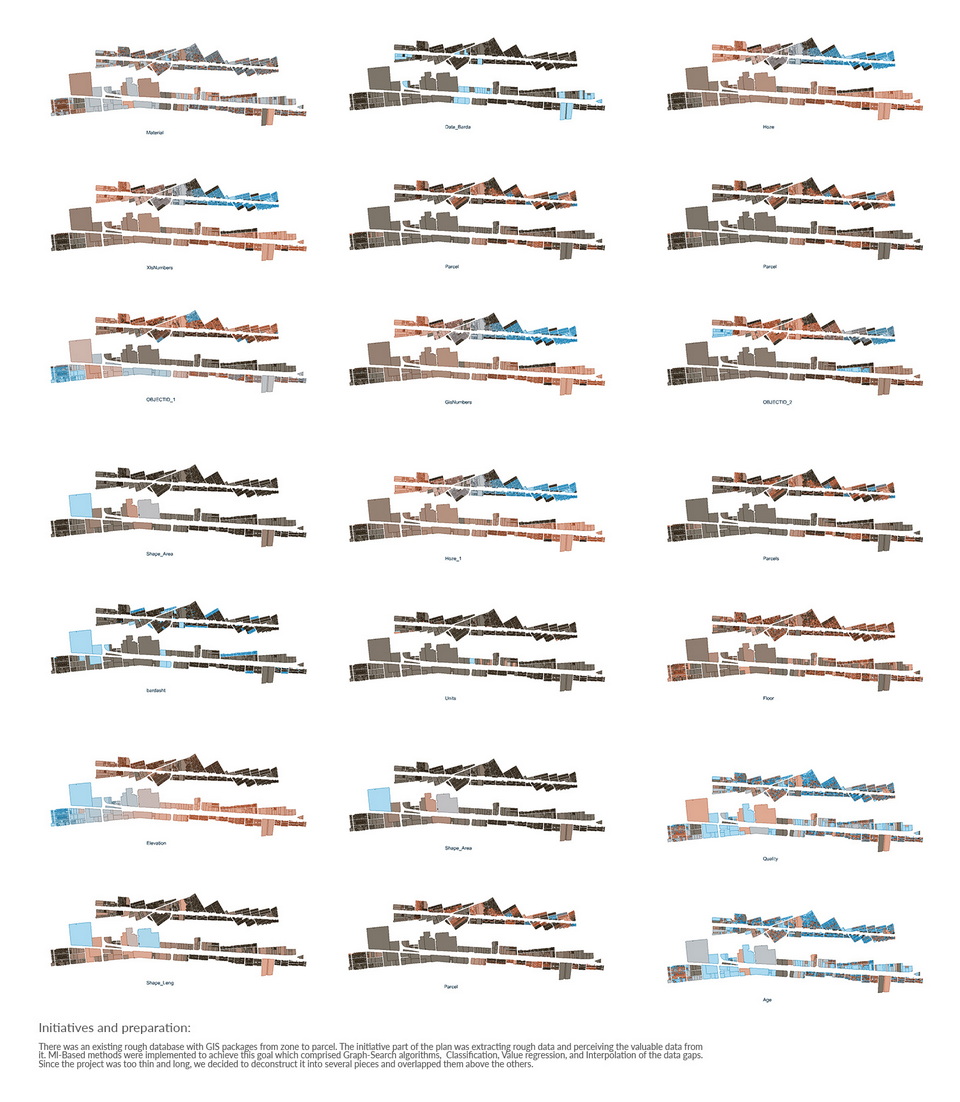 To understand urban phenomena as a process, we bring two levels of analysis together. We conceptualize the materialization of the city as a movement animated by a dialectical relationship between humans and the object world. At the Level of the method, the urban area is again constructed and refashioned overtime through the set of interests particular to various disciplinary fields. Theoretically, we see urbanization as a layered process - one that manifests at the intersection of analytically distinct activities even if they are closely linked in practice.

The city is both a material and a social phenomenon. We tend to see the city as a container for human activity, but it is also a product of human activity. To speak of the city is to speak of the material conditions of our modern lives, as well as our collective social aspirations and the challenges we face in realizing them. Whether we take the city as an epicenter of power or a network of diverse nodal points, as a place for dwellers or space for consumption, transportation, and reproduction, or just an abstract idea that continuously materializes in contingent historical circumstances, the study of the urban necessarily implies the study of humanity itself. 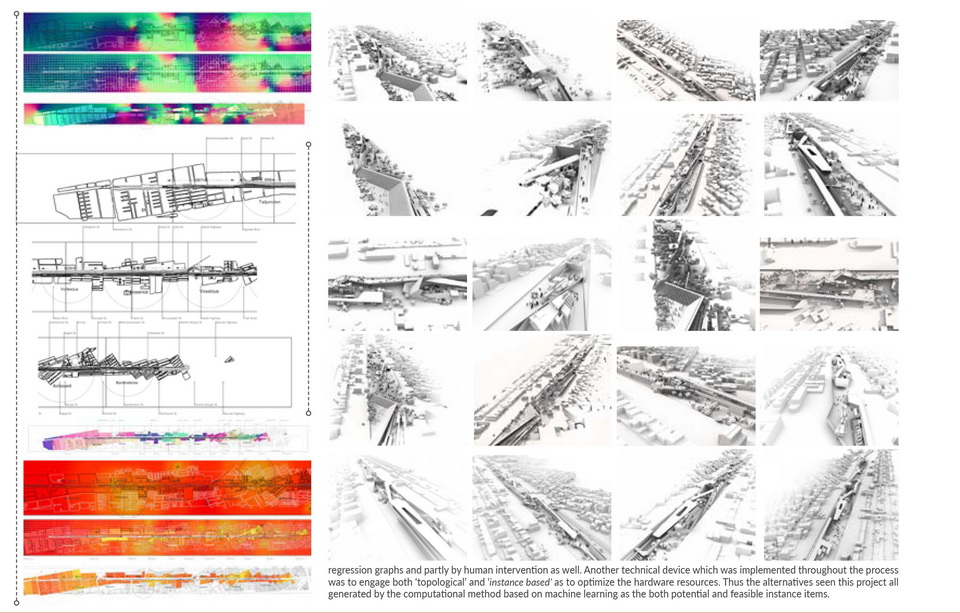 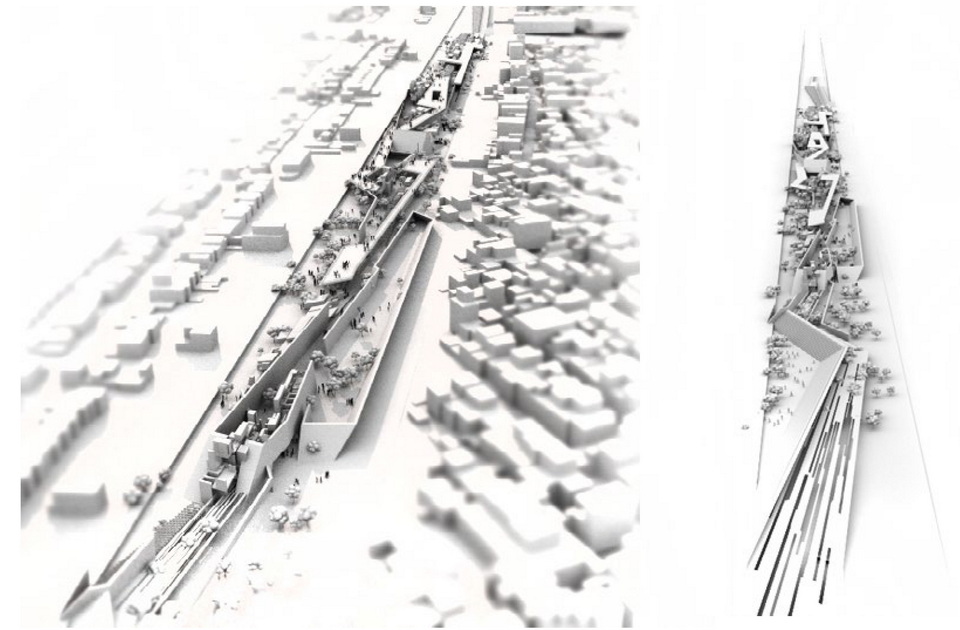 0071 Smart Growth Movement Smart growth, or livable communities, is mainly an incentive and policy-based movement that has emerged in the 1990s. Its aim is to encourage wiser infrastructure investments, protect public spaces, and widen reinvestment opportunities in key cities across the world. Smart growth is thus a policy skeleton that aims to empower communities through technical assistance, advocacy, and thought leadership in order to create Livable places, healthy people, and shared prosperity.

Diverse walkable neighborhoods distinguish New Urbanism from other modern development styles. It is essential to be clear about what neighborhood means. Each neighborhood has a center or heart and an edge. The center is a public space, a square, a green space, or an intersection. Its edge is around 500m from the center, which equals a five-minute walk, where all daily needs and recreational areas should be provided.

For New Urbanists, the region is the overall context for all planning, which must cross traditional jurisdictional lines in order to create a healthy region. This approach calls for orienting towns toward their surroundings, be it as wilderness, farmland, or town centers. 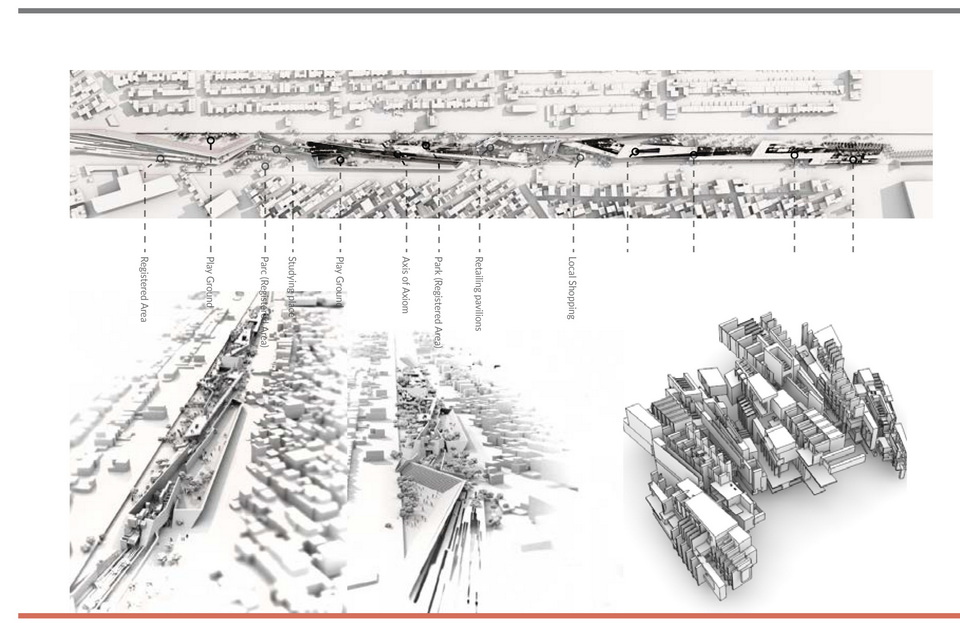 Initiated by citizens to bypass the conventional project process and cut through municipal bureaucracy by visually demonstrating the possibility of change. This activity represents citizens exercising their “right to the city.” A tool for city government, developers, or nonprofits to more broadly engage the public during project planning, delivery, and development processes A “Phase 0” early implementation tool, used by cities or developers to test projects before a long-term investment.

City as a Process

Our notion of process unites the three levels of analysis, that is, the object world, methodology, and theory. We need to conceptualize and mobilize urbanization through a process that makes the city, not a product but an ongoing activity that both harnesses and is pervaded by social relations. It consists of ongoing oscillation between values and facts. A union of idea, form, and experience that, as a process, is conceived, perceived, constructed, lived, and understood through time.