Yet, another step is now changing the space. The amazing progress of digital techniques enables even normal people to change reproductions of art. Although, as you can find in the work of Picasso or other artists, transformation in world art has been a previous matter, this transformation as a popular humorous act is different and it goes back to Duchamp’s version of Mona Lisa with a mustache. Of course not each critic verifies this transformation as genuine artwork, nevertheless, it has a great media dimension that rapidly penetrates the social strata. Today, a simple search shows how these transformations are popular amongst people and many of them have their own version of the Mona Lisa.

Though at first glance its brutality and shallowness seem like a counter-system, eventually it becomes joyful and a kind of critique feedback from people.

The Mechanical Reproduction OF Space

The famous article of Walter Benjamin marked a change in the public attitude towards the artwork, which is related to dissolving the “Aura”. Afterward, the art was released from its traditional social striations and was distributed among people. So the mechanical-reproduction was a first step in putting art in people’s everyday life and influencing their lifestyles. Far from the strict criticism space or academic debates, the joy and happiness were inherent in the artwork, permeated the social space, and became a far more important part of the lifestyle of people than it ever was. Though it is not always accepted by thinkers, this joyful social space is a way to absorb people’s attention towards what art gives to humanity and is a way to activate the culture.

In contrast to the traditional Point, Line, Surface, Volume hierarchy, as seen in works of constructivists like Malevich and Kandinsky, the definition of grain in our system creates a folding loop that omits the hierarchy. 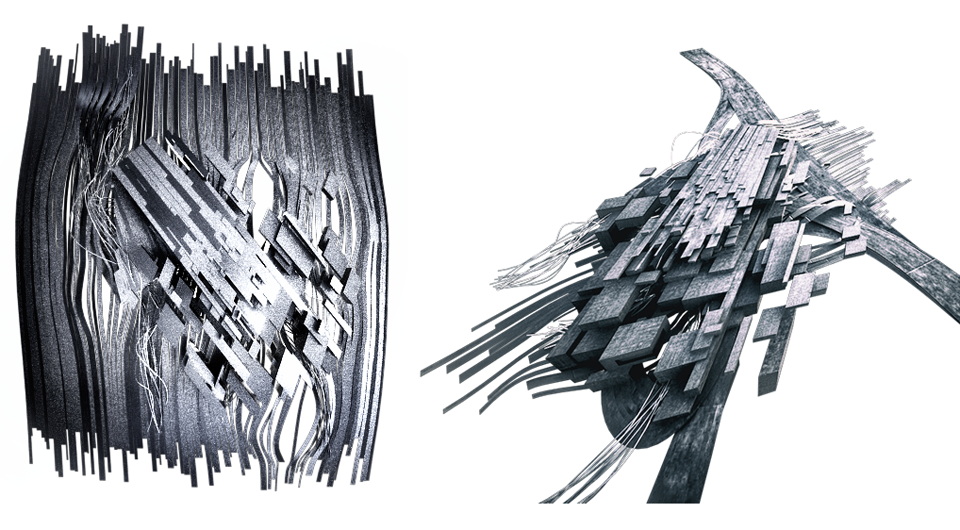 Grain is referred to both the points and the masses but on different scales. This way, the two ends of the line are folded (blend) to each other and so the hierarchy breaks down the bridges or ramps.

The lines arose from the ground, acquire width and show up in the forms of strings that weave the volumes or strengthen the structure or color the space as optical fibers, or even provide the flows of energy, water, and other elements for the cubes. When they dissolve and fold into surfaces or they generate huge spaces for celebration functions such as conference halls etc. spaces are logically created by two basic changes into the ribbons:

The raining drops of mass provide semi-cubic spaces for different functions and they also form granular surfaces when they dissolve and fold into surfaces or they generate huge spaces for celebration functions such as conference halls etc. They can also form a chain of functionalities like shopping or gallery corridors that folds into lines. 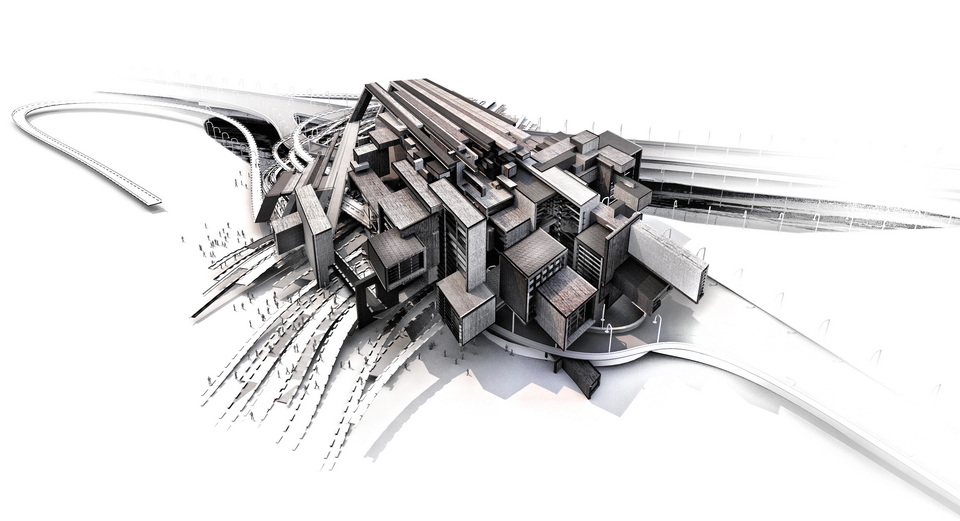 Some cubes can translate their functions or even their material to accommodate the immediate needs of the space or function and also they can change the appearance of the museum at least periodically. On the other side, the surfaces are the result of the mass effects of the grains or strings which can be independent at times.

To put it in a nutshell, they are totally transformable elements, prone to turn into each other. They are responsible for sectioning or providing shelters and of course, they provide the basis for projection wherever needed. There are also in-between phases where one being is transforming into the other one, as such is when lines and strings and surfaces are changing into each other and they can provide roadways or pedestrian paths where rational functionality is, in turn, folding into the playfulness and joyfulness of the space.

The mass of the strings and grains, folding into each other at times, attacks some parts of the project tearing it apart and providing invigorated spaces and access ways that culminate in places where roadways collide with museum spaces. This fusion provides a chance for the project to fuse the main function of the museum to the body of the temporal random visitors and absorb the audience some more attention to their self-presence and its importance to complement the museum project.

The architecture of the project allows the road to penetrate the building so people can drive their own cars within the museum. This way the function of the museum acquires a time dimension and you can have a drive in the museum with a different experience of the museum space and at a different speed.

The functions of the New Taipei Museum of Arts will be an exhibition, education, promotion, and collection. Thus, the three missions of NTMoA are: 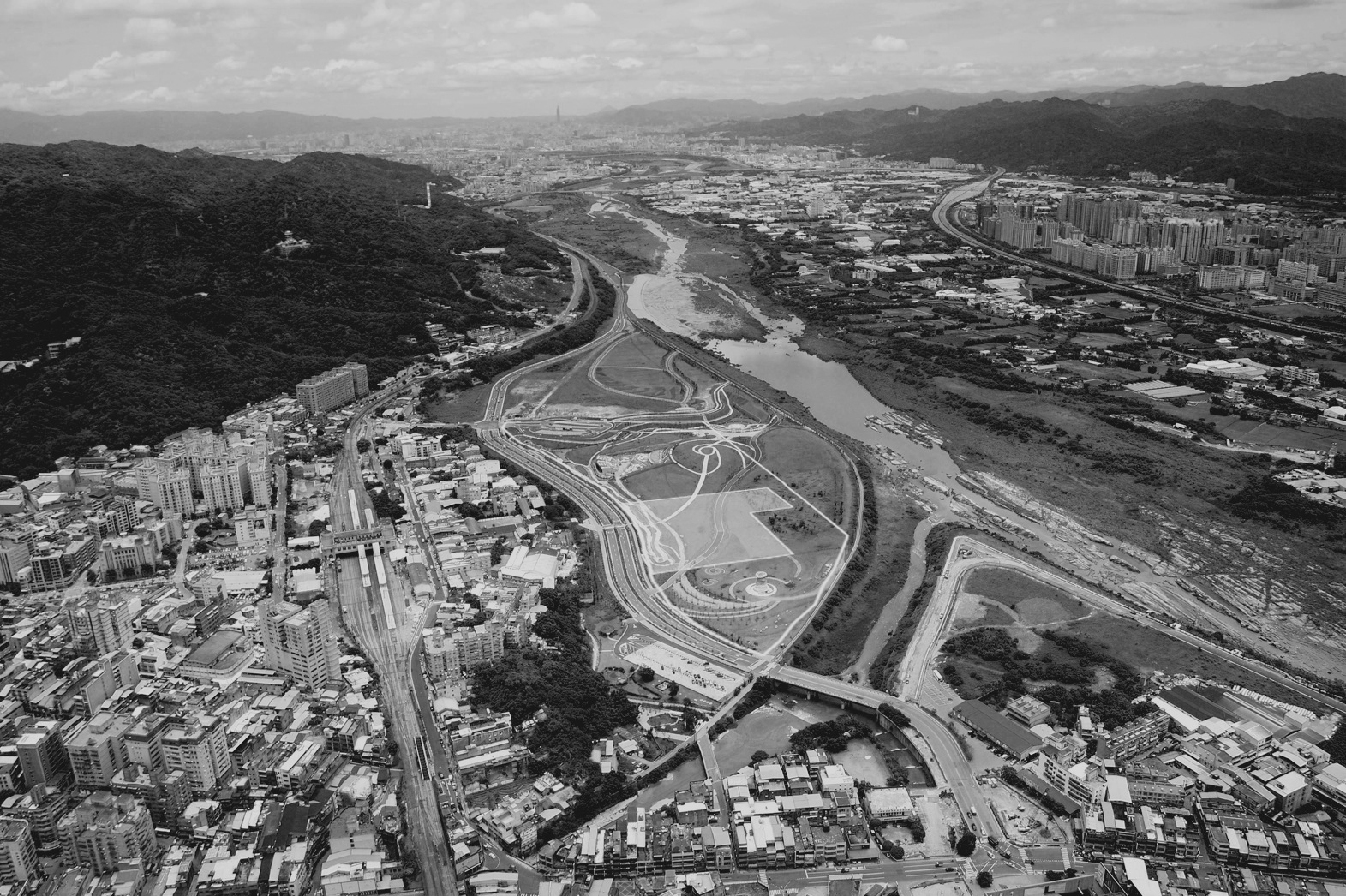 In recent years, the New Taipei City Government and civil societies have focused on building facilities and cultural features to preserve the cultural source of local arts. Since 2008, the plan of building the New Taipei City Museum of Art, which targets are integrating the arts and humanistic resources, intensifying arts and resources network, combining touristic resources, and increasing the value and energy of tourism. 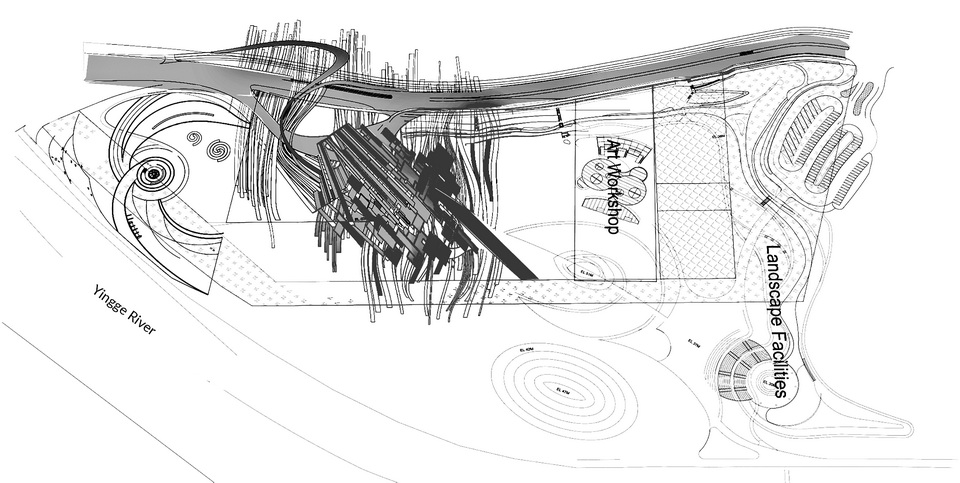 The flood detention pond is reserved and extended to meet the necessities of the project in the raining period and it is also the gathering point where special strings help the rain find its way into this pond after being filtered, so it provides potential more than just functional aspects.
The first level represents the children’s zone, the supporting zone, and a part of the art zone.

People’s attitude towards the object

When Duchamp put his famous fountain in the museum, a drastic change happened worldwide in the museum spaces. Here the artist does not design or make his artwork, but instead, he chooses his work and of course, much less technique or artistic vision is needed in choosing than in drawing, sculpturing, or other forms of art. So, a usual object is chosen by the artist, put in the museum and it is considered as artwork.

Here, the border of the museum makes the object a piece of art, thus the way people look at it inside this border and the difference in their attitude towards that object in this special space, suddenly and dramatically change and this is what the museum space is. 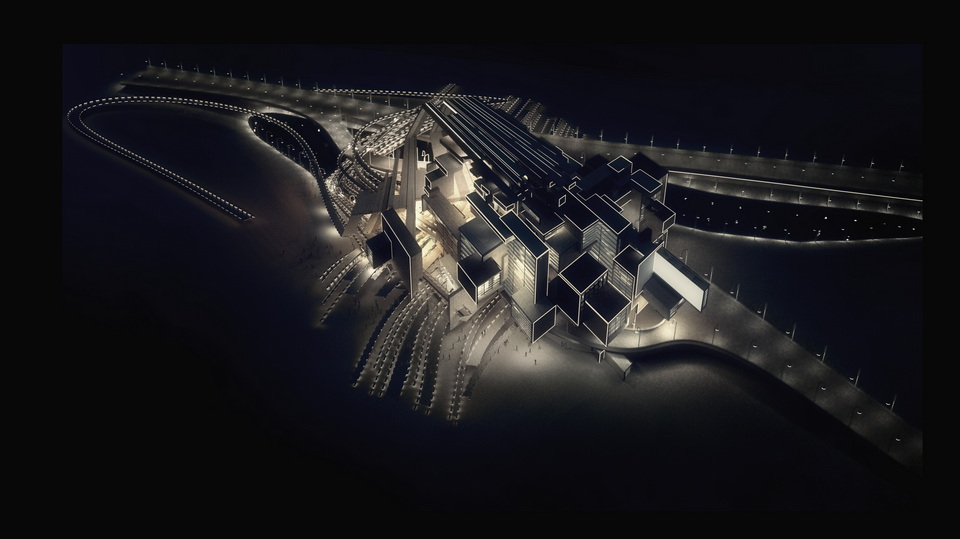 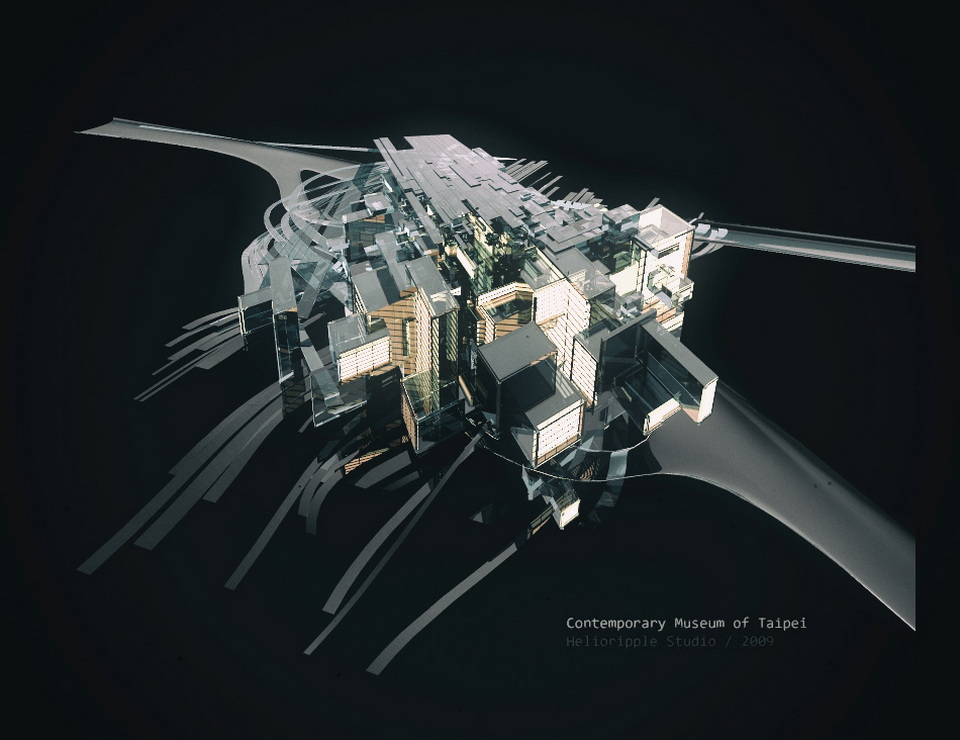