As the significant part of creating the MuQ plugin, this studio was defined in the third semester at the Pars University as a course for ‘architecture & technology’ master’s program of ‘technology and architecture,’ named ‘The Digital Design’.The studio began by exploring advanced geometries presented in Islamic archeology. We found Muqarnas as the most elaborated relics in such a category. Students investigate the Iranian Muqarnas and then explore the valuable muqarnas database gathered by Shiro Takahashi. MuQ plugins were being developed during the studio and given to students as a WIP add-on to document their experience. 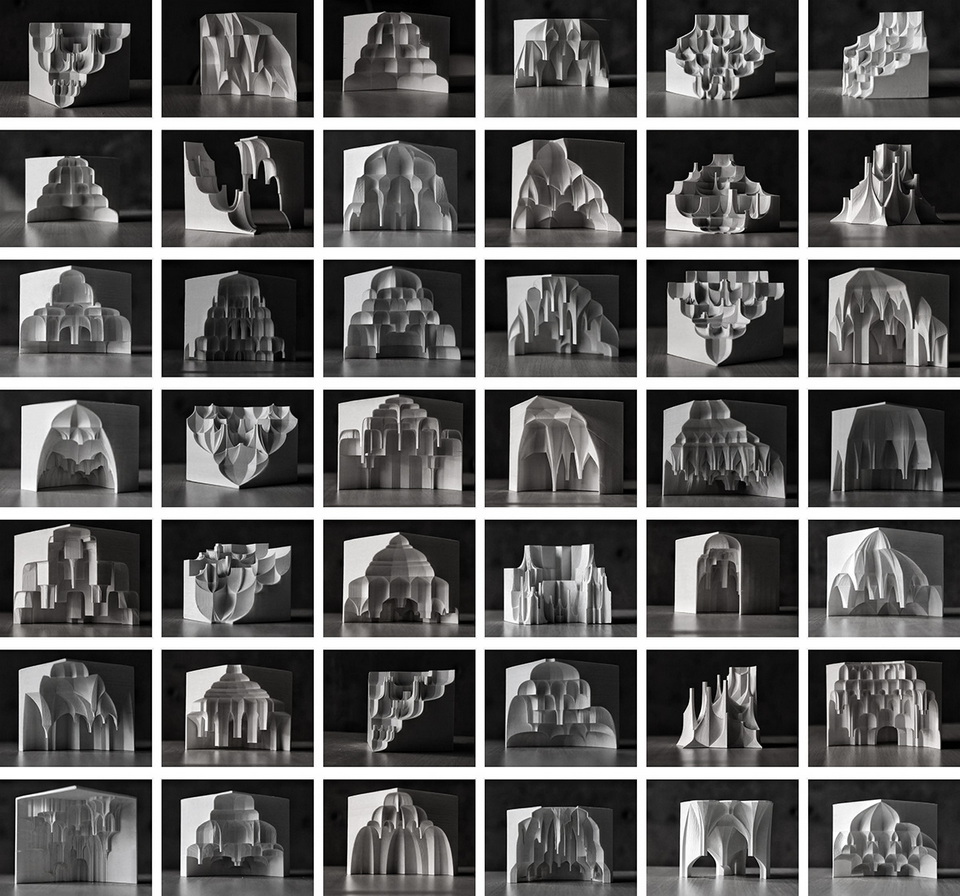 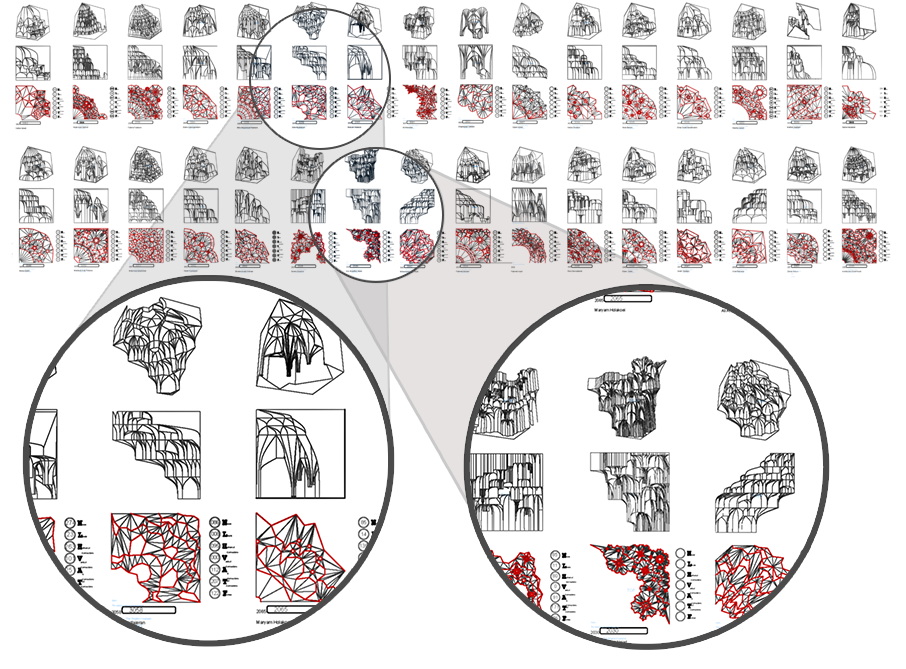 The method we suggest as the primary approach was topologically-based re-thinking of such elaborated craft, albeit this was ostensibly against the standard methods about Muqarnas. The design and building of Muqarnas by all traditional and modern (digital) techniques has been based on geometric modules so far, while the studio stepped on a Modula-less procedure that gave preference to the topology of Muqarnas rather than its form. 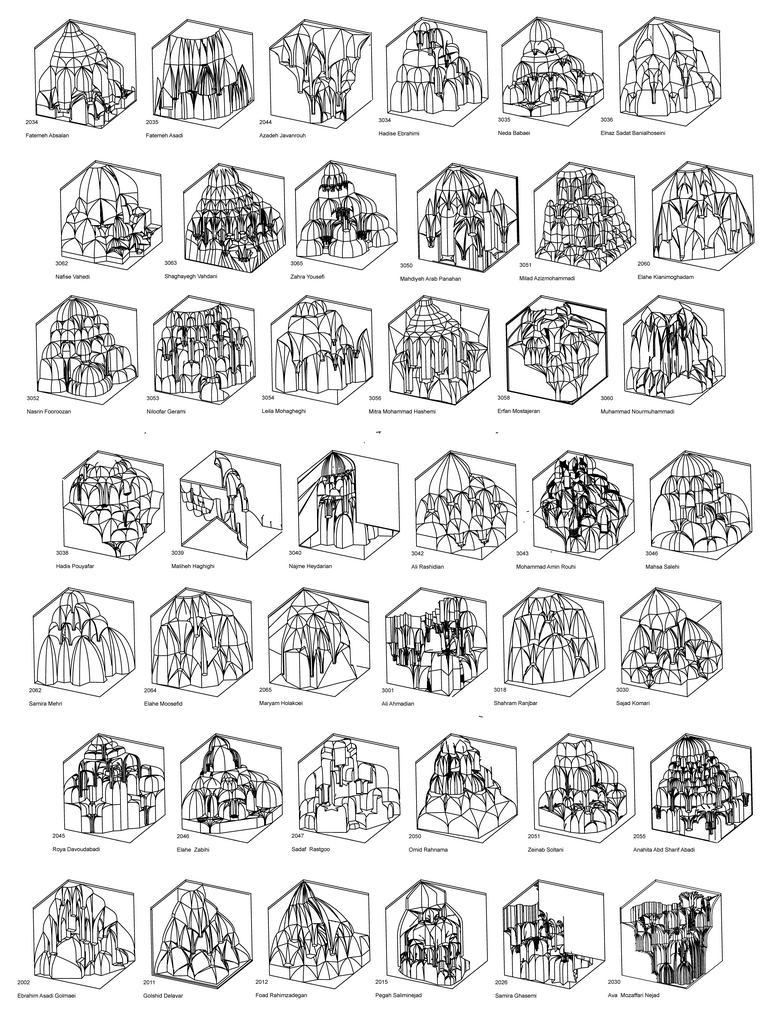 Concerning changing this mindset and implementing the MuQ plugin, students were free to sketch every possible scrabble as the blueprint of Muqarnas. Students’ efforts were prototyped in a 25x25 cm cube as a quarter of the whole dome or the half of the entrance gate. All prototypes were 3d-printed and were represented for the judgment session. Also, the studio’s results and the plugin’s potential were represented in Acadia 2017 at the MIT university. 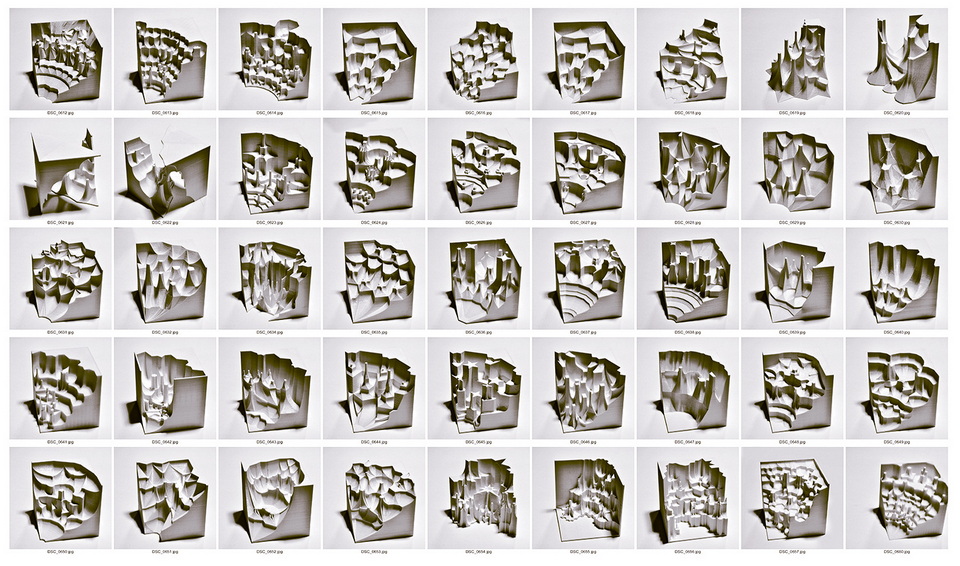